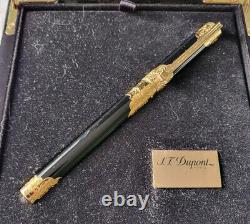 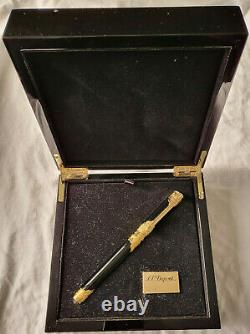 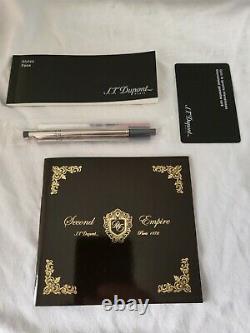 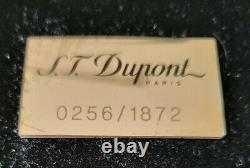 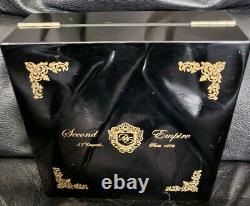 Dupont celebrates its 140th anniversary (1872 - 2012) with the Second Empire Limited Edition. This new limited edition is an invitation to travel in the years 1872, at the time of Napoleon III and impress Eugenie. The proclamation of Empire under Emperor Napoleon III opened a period of great prosperity for France: in the economic sphere as well as in literature and the arts. This period also saw a blossoming of French architecture.

The Second Empire Style, also known as Napoleon lll style, inspired the great French furniture houses. Their intention was to design each piece of furniture as an architectural work. The results were stunning, for their sophistication of execution, their richness of detail and their technical perfection. Dupont pays tribute to Second Empire Style, drawing inspiration from the splendor and sophistication of the furniture of that period. This version of the Second Empire pen is meant to be more ergonomic and a day-to-day pen.

The body is in black placed lacquer with engraved pale gold finishes. The clip is inspired by Second Empire furniture. The pen features a pale gold finish. The Second Empire Premium fountain pen will come packaged in a custom black lacquer box. This item is in the category "Collectibles\Pens & Writing Instruments\Pens\Ballpoint Pens\Other Collectible Ballpoint".